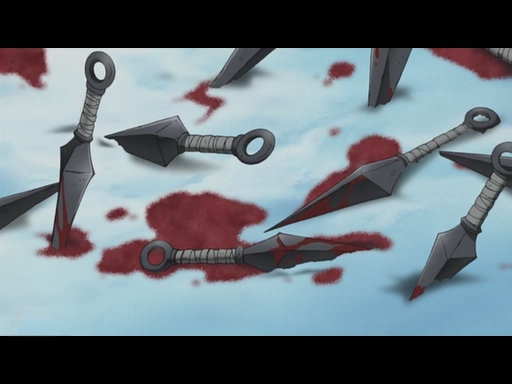 Description: Kanjouinyuu is a technique developed by Hansoui Shinto after he committed to using peoples emotions against them, as tools and as a weapon. Kanjouinyuu is Shinto's very own personal Ninpo, his Ninja Art. It is a Genjutsu based upon his Jou-Sacchi no Jutsu.
The user sends out his chakra to connect with the Target's mind. the User can then insert an emotion, be it fear anger or sadness etc.. into their mind and effect their emotional state and hinder their actions.
The Target may be aware that their emotions are being manipulated but this will not save them from the effects of the Jutsu, unless they are strong enough to dispel the Genjutsu, stronger than the User, they can do nothing to combat their emotional state.
There are 3 levels of Kanjouinyuu, corresponding to the three Tiers of emotions.
At 1st level the User can use only primary emotions, at 2nd level they can use primary and secondary, at third level they can use primary, secondary and tertiary emotions.
the power of the Jutsu increases with each level and becomes harder to ignore it's effects.
At second and third level the User is able to project more than one emotion into a Target's mind at one time.
The strength of the emotion used depends on the intention and the power of the User

Weaknesses: requires initial eye contact to use. May not affect a strong minded individual who is unaffected by their emotions. 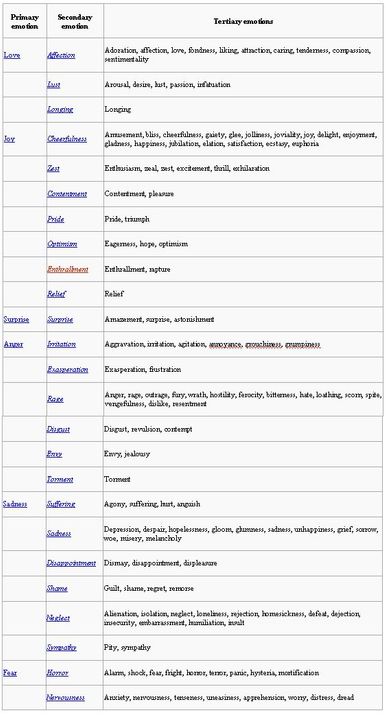